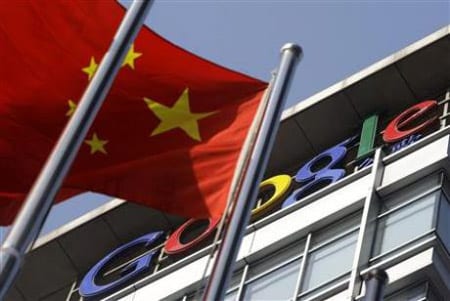 After negotiations with the Chinese government failed, Google has announced it is pulling out of China. From now on, people on China’s mainland trying to access Google will be directed to the search engine’s Hong Kong site, which is uncensored.

The issue of censorship was key in the tense struggle between the government of China and Google. When the search engine first set up shop in China in 2006, it agreed to censor search results in line with government directives on politically and culturally sensitive issues. This is not unusual for foreign companies operating in China; in 2005, Yahoo! for instance provided data that allowed Chinese authorities to track down and jail a dissident, receiving intense international criticism for doing so.

Many popular websites are blocked in China; legally, web surfers on the mainland cannot access Facebook, YouTube or Twitter, among many other sites blocked by China’s “Great Firewall.” Google initially complied with Chinese regulations, but according to rumor the company’s co-founder Sergey Brin, who was born in the former Soviet Union, bristled against the censorship rules, and agreed on the understanding that over time they would be loosened.

However, Google insists the censorship has gotten tighter, not looser. Despite negotiations with Beijing over proposed changes to their business agreement, Google abandoned talks this week and announced it was shutting down its China office.

Free-speech advocates have praised Google’s move as a blow for human rights, but a question that perhaps has longer-term consequences is this: will this impact China’s ability to ensure foreign corporations conform to their rules and regulations?