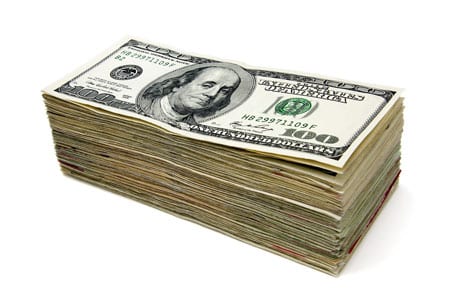 The commercialization of ITIL is making it overly complex, bureaucratic and less effective, writes David Mainville of Consulting-Portal.

Like most good things, the development of IT service management (ITSM) processes was born out of necessity. Back in the early 1960s the computer started moving out of the lab and into the heart of mainstream business. Back then only the largest and wealthiest firms could justify having a computer due to the immense costs associated with purchasing, maintaining and operating these behemoths.

These early computers were as finicky as they were expensive. The hardware, operating systems and programs of the time were still in their infancy and “uptime” was measured in hours. The business, which was footing the bill for these systems, was becoming ever more dependent upon these machines and started demanding a better return on their investment (and they haven’t stopped since).

The sheer volume of outages demanded that a methodology be developed for managing incidents, getting to the root cause of problems and for mitigating the impact of making changes to the system. And thus an entire industry was born. Enterprise Systems Management or as it is now known, IT Service Management evolved to meet this challenge. This multi-billion dollar industry launched a whole suite of jobs, processes and tools all designed to improve the reliability, availability and serviceability of the computing environment.
And it worked! The people, process and technology helped nurture computing from its infancy to a mature adult where data centers became fully automated “lights out” environments with “uptime” measured at 99.999%.

And most of this happened before ITIL was even conceived.

As most of the readers know ITIL was first published in 1989 by UK government’s Central Computer & Telecommunication Agency (CCTA). Like all good work it stood on the shoulders of those who came before”•it didn’t actually invent the processes”•but it collected the best practices already in place and documented them into a framework all could freely access.

Access to these best practices was becoming increasingly important due to another development in the IT industry, the introduction of distributed computing. By the early 1990s the mainframe environment could be described as the mature, reliable and boring “grown-up” of the IT industry. The mainframe got the job done but with it was a degree of bureaucracy that the business had to accept. Things changed radically when distributed computing burst onto the scene.

George Santayana once said: “Those who cannot remember the past are condemned to repeat it”. Well, the IT industry not only forgot its past, but it went out of its way to ignore it. Support costs for distributed computing skyrocketed. Without the right tools and processes, the people costs went through the roof as duplicate IT departments were formed to manage this new environment.

Once again, out of necessity, the IT industry responded. New support tools were developed, organizational structures were rationalized and once again process was in vogue. Except now, we were able to leverage the documented frameworks such as IBM’s IT Process Model, HP’s ITSM model, Microsoft’s MOF and, of course, ITIL.

ITIL’s role in communicating the value of process to a new generation of IT professionals cannot be ignored. The fact that we now speak a common service management language has helped the industry pull together in a common direction. The fact that vendors have developed tools that can support and automate the processes has helped improve efficiency while reducing support costs. Now that senior management are aware of ITIL, well, this is both good and bad, but more on that later.

So, how can I say that ITIL’s success may result in a backlash against ITSM? Because I believe that ITIL is turning its back on the past. This public domain collection of best practices built by dedicated volunteers is now on the fast track to becoming an overly commercialized, complex, bureaucratic and expensive endeavor.

This may sound hypocritical coming from someone who is an ITSM advocate and a partner in a consulting and training company that leverages ITIL best practices. But it’s my very passion for service management that is at the root of my argument. I have learned over my 30 years in IT that it’s fairly easy to design a process or buy a tool. If you want success in ITSM you have to do the hard work.

It’s not enough to design an incident management process and install a tool to support it. You need the dedication and governance to make sure people understand why they have to enter an incident; that they enter the right information into the incident record; and that someone uses the information for continual improvement. The same could be said for any of the ITIL processes.

The commercialization of ITIL is taking focus away from doing the hard work and is placing it on certifications, compliance schemes and on taking something relatively simple and making it overly complex and bureaucratic. The introduction of ITIL v3 has placed the focus squarely in the stratosphere with the introduction of dozens of new processes, roles and CMDB-like data-stores. Schemes are being designed to “certify” a vendor’s tool compliance to ITIL. What does that even mean”•other than a chance to impose additional cost on the vendor?

I made a comment earlier in this article about the fact that senior management’s awareness of ITIL is both a good thing and a bad thing. It’s always good when dedicated IT executives place focus on improving IT services; it’s good for IT and it’s good for the business. But if these same executives see additional bureaucracy, exercises in empty process design, added costs for training and re-training ”¦ well, they may just come to the conclusion that ITSM is just another management fad straight from the pages of a Dilbert cartoon.

It wasn’t long ago that the mainframe, and the people who managed it, were ostracized because of their perceived bureaucratic and process heavy approach. The business took a detour into distributed computing because it offered the promise of freedom and better time to market. Will the business look at ITIL as the right path or just another road block put up by the IT department? Will the business feel the need to take another detour away from the bureaucracy?

I’m not knocking process at all. Effective and efficient processes are required to manage the complexities of today’s computing environments. But I think its time that we take our heads out of the clouds and focus on the core of what makes an it organization run. A successful IT organization needs to fix incidents and provision service requests and they need to do it faster, cheaper and with a focus on customer service. To do that requires only a handful of well designed processes, the necessary tools to automate and a focus on execution.

I believe there is a real danger of an overly-hyped and commercialized ITIL leading people down the wrong path having them focus on the wrong things. This of course will result in failure and lead to a backlash against the very thing that can help IT be more effective in supporting the business. Let’s not repeat the mistakes of the past. Let’s learn from our mistakes and apply process in a practical, lean and pragmatic way. Let’s focus on our customer, namely the business, and help them do things faster and with better quality.

The last thing any IT professional needs is a backlash against the very thing that will improve the delivery of services to our clients.